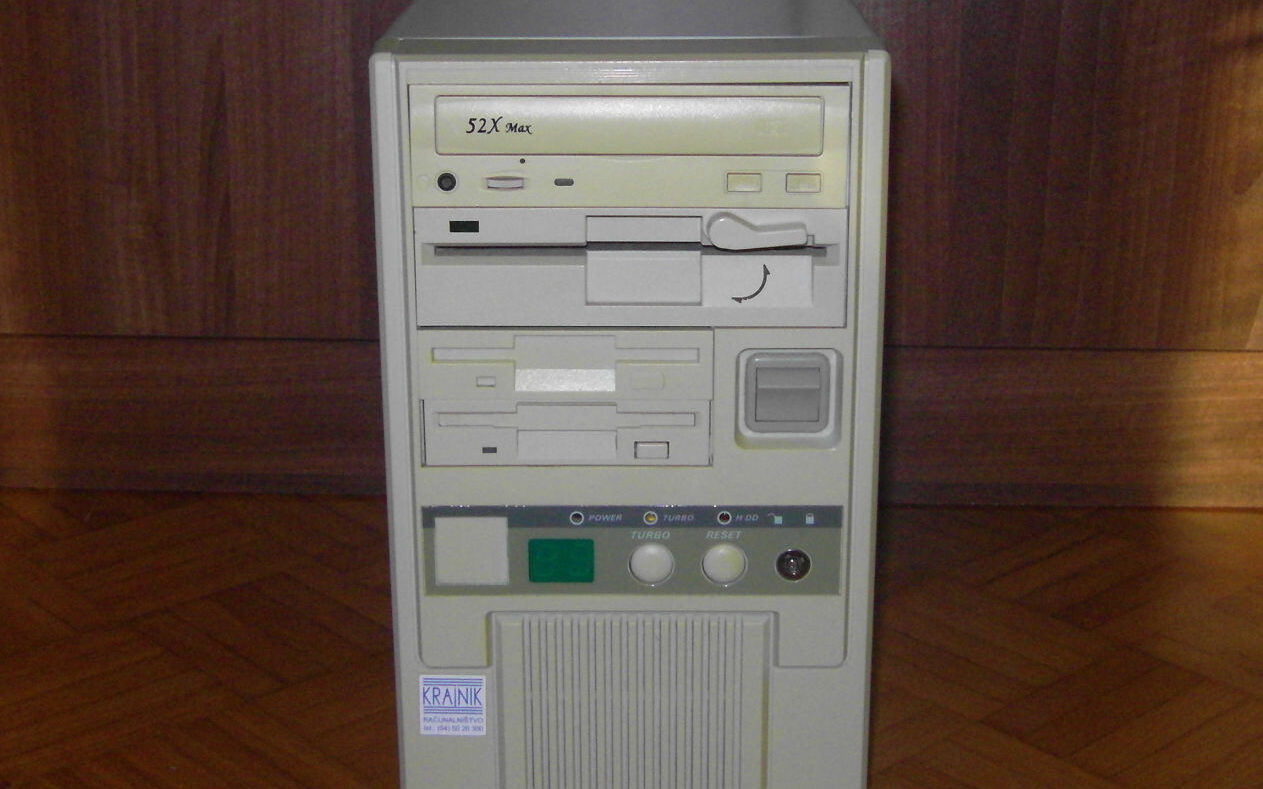 These days if you asked a group of people what a retro gaming PC was, you’d get a pile of different answers! That’s because there are entirely different generations who want to re-live a specific era. My experiences spanned 3 of those.

I’ll break it down into what I think of as the main ‘generations’ of Vintage PC gaming experiences. Others would probably define them more granularly, but if your lost in trying to figure out where you want to go… or maybe just want to get a better understanding of what the heck is actually out there to play with… this will be a real eye-opener.

In the beginning, there was amber, black and white or green CRT monitors, usually 12-14″ in size. Consumer computers were a new thing and the idea of having ANY hardware this powerful in your home or office was a big deal.

Yes… There were games, but they were NEVER bought for gaming. These were expensive business machines and the game market was pretty small. Games were very much an after-thought or a programming exercise that rich families and business folks had access to. Later, as folks upgraded these machines were still kicking around, so games continued to be developed with the option to run in CGA/MGA modes.

Whether you’d love to try some of the early text adventures, the first 2D games or marvel at the high resolution modes possible with a Hercules adapter… There were few ‘gaming’ specific parts sold for this era with a few exceptions… sound cards and controllers.

Pretty much up until the advent of the 386, most early IBM & IBM clones were used in DOS. It wasn’t until the 386 and Windows that machines became more user friendly… and games became a lot more robust.

You’ll notice this era only lasts 5 years, yet the previous one was 6+ years (especially if you count the years before 1984). Things move faster and faster beyond here, but let’s get back to my silly article.

In 1990 a few big things happened, one was the release of Windows 3.0 which was extremely popular and unlike other interfaces, had a lot more money behind it and the other was the dawn of the 486 CPU. The 486 paved the way for faster video cards (like VLB cards), better sound cards, video game controllers, flight simulators and of course, more colors on the display.

People of this era remember the Sound Blaster, The Microsoft Adventure Pack, the Adlib card and the PC gaming niche was truly born. That said, “3D graphics” were all handled by your computer’s processor, so most people were focused on getting a “DX” chip or one with a math coprocessor and this was the age in which people started really paying attention to how many “megahertz” your computer had.

I reference Windows here, but really this generation spent almost half their time gaming in DOS. It’s an interesting period where more machines were coming out with integrated sound, half of which didn’t support DOS. Microsoft was trying desperately to get rid of DOS, yet they couldn’t for reasons I won’t list here.

In the meantime, a whole new generation was gaming on PCs as they became more widespread and easier to use. The biggest thing though was that video cards took center stage. People WERE now buying PC’s exclusively for gaming… and the market was big enough for the launch of companies like Nvidia, 3DFX, Number Nine and others who went after the AutoCAD and gaming world.

Microsoft recognized that demand and launched DirectX – a 3D engine that would work for almost any graphics card that supported OpenGL or other 3D rendering engines (as long as someone wrote a driver for it).

Processors also evolved considerably with the Pentium, K6-2 and Cyrix CPUs allowing more media consumption. PC’s were coming out with DVD drives to handle even more data per disk.

Notice I skipped Windows Millenium? Yeah, let’s not talk about that time when Microsoft launched a buggy OS with no DOS support, mkay?

Some build machines of this era because the parts are often being tossed and available on the cheap, (ironically the prices are going up). Some don’t see a point to building a machine for XP gaming because many of these games are available to be played on Windows Vista/7/10 and possibly beyond.

However, there’s still a very cool experience to be had with XP. It was a really well coded OS with a lot of 20 year old look/feel and there’s far more hardware available that supports it. It’s also my favorite way of testing a lot of hardware… because often it actually just ‘works’ and has drivers pre-loaded for a lot of things.

Games of note list would be too long for this, but here’s some for the sake of consistency:
Doom 3, Return to Castle Wolfenstein, The Sims, Grand Theft Auto

If your considering building a retro machine… the best place to start is to think of the games or software titles you want to run and consider their specs. The other option is to go by year, in which case my Release Date Google Sheet could give you a hand (See both tabs).

If your a big stickler for period accuracy, you might also like the video card history sheet here.

But… ultimately vintage PC gaming is what you make of it. It doesn’t matter which generation is your favorite or which brings more memories back for you. There’s nothing wrong with an amber monitor and 640k ram, or a 4MB video card… or a single core Pentium 4. That’s entirely up to you!