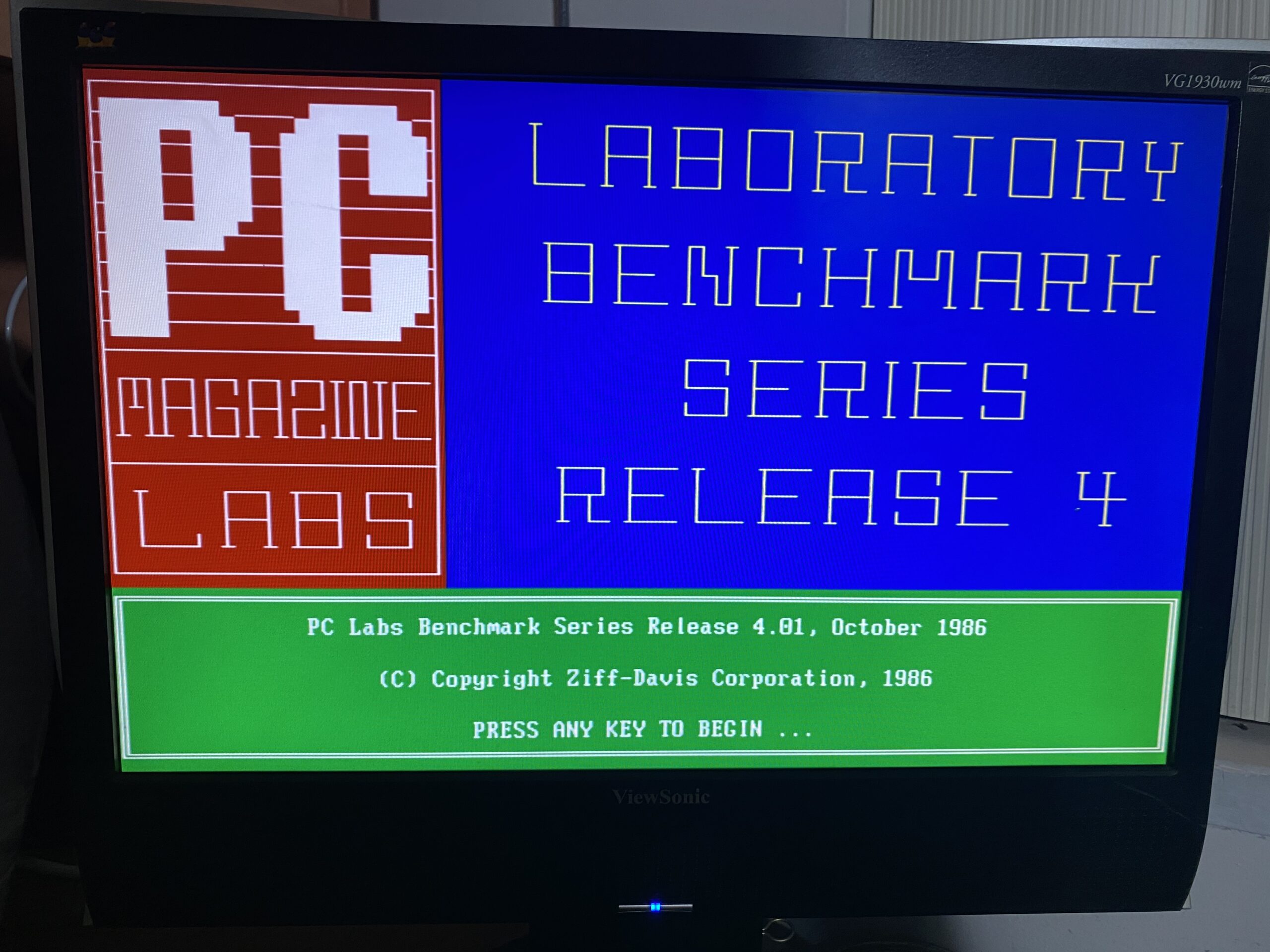 I don’t know the history behind the PC Magazine Laboratory Benchmark Series…
But… I was going through some old 360k floppies when I stumbled upon a copy of this program.

Released in October of 1986

This program has several benchmarks… but it basically lets you compare your computer’s processor to a 4.77Mhz Intel CPU or the 8Mhz variant. So basically it’s meant for XT compatibles. I assume if you have an NEC or AMD or some other XT compatible and your curious how it stacks up against the Intel, this is perfect.

The suite has the following options:

I haven’t seen a copy of this ANYWHERE and WinWorld claims to have the first version, but in their screenshots it clearly says release 5. This is release 4.0 so it’s definitely older than the oldest copy you’ll find online.

I tried benchmarking my CPU (at the time I was backing up 360k’s I was on a W98/Athlon Thunderbird) but obviously it caused the program to give a divide by zero error. Probably works fine on a real XT/IBM Compatible of the era. Maybe even a 286?